I was thrilled to receive notice of a royalty payment recently. I supply images to a company for book covers, which is a very simple process after going through the initial application. I upload images online...the company decides whether to accept them or not...if accepted, the images are included in their library...I get paid if someone purchases them. In my case, this is not a "get rich quick" plan...lol.

I haven't found an image online for the actual book cover, but here is the image that was purchased: 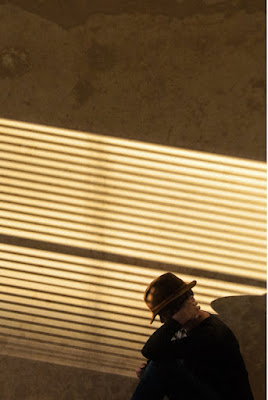 The image will be used on a book by Chilean novelist Isabel Allende... El plan infinito (The Infinite Plan) originally published in 1991. There are many, many editions online and I'm not sure what country this will be published in. Hopefully someday I'll be able to track down an image of the actual book cover.


Here is the summary of the book from the website of Isabel Allende: A saga of one man’s search for love and his struggle to come to terms with a childhood of poverty and neglect, The Infinite Plan is Isabel Allende’s first novel to be set in the United States and to portray American characters.

Gregory Reeves’ father is a self-styled preacher who wanders the American West with his family in a caravan during the 1940s, preaching “The Infinite Plan,” a divine vision of the meaning of life and the nature of the universe. But when the preacher falls ill, the family abandons its nomadic ways and settles in a Hispanic barrio of Los Angeles. Gregory begins a new life in a Spanish-speaking world: school (for the first time), gangs, sex, books and ideas, and work. As he explores the mysterious world of the barrio, he meets the people who will shape his future, among them Pedro and Inmaculada Morales, who become his surrogate parents and provide him with the love and security his own family cannot give him; Carmen Morales, their daughter and Gregory’s friend for life, who grows up to be an earthy woman who teaches him about love as well as friendship; Juan José Morales, their son and Gregory’s buddy, whose experience in Vietnam will change the course of his family’s and Gregory’s lives; and Cyrus, the old Communist intellectual who feeds Gregory books and inspires him with a passion for social justice.

As Gregory’s story unfolds, we follow his struggle to survive—persecution by gangs in the barrio, the horrors of the war in Vietnam—and to be successful. After his return from Vietnam, Gregory becomes a lawyer in San Francisco, where he pursues money and possessions, looks for love with the wrong women, parties, abuses alcohol, neglects his children, and loses himself in an illusory and wrongheaded quest. Eventually, after many false turns, Gregory’s search for love and for his soul brings him full circle back to his roots and to a new life.