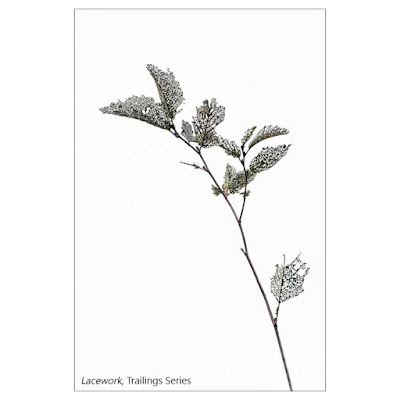 Trailings is now being exhibited, so I thought I would feature some of the photographs here.

Do you see beauty, or do you see destruction?

I first saw these branches last year in mid August and I was fascinated with them. I thought they were beautiful and looked like delicate lace. A couple of months later, I was in the same area and took another series of photos. There were many trees in the same condition and the leaves were even more skeletal than my previous visit.

Just a few days ago I was on the trail in the same area that I had taken Lacework. The sun was shining and the frogs were singing a beautiful chorus, but it will be a while before we have leaves on the trees. Apparently it's not too soon for the creators of the delicate lacework to be out in full force. I stopped in amazement when I saw them, not dozens, not hundreds, but thousands or millions of them!

Here are a few shots I took with my phone...the tiniest little artists you've ever seen: 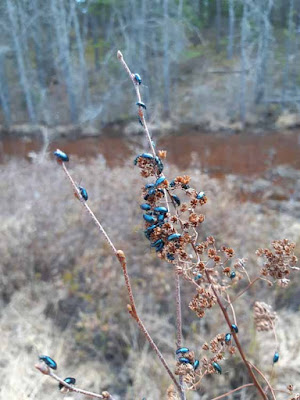 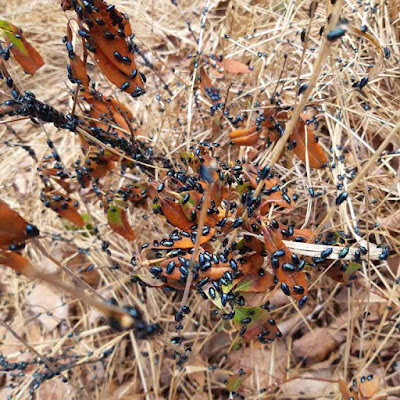 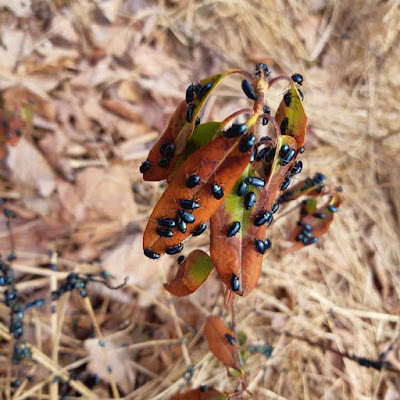 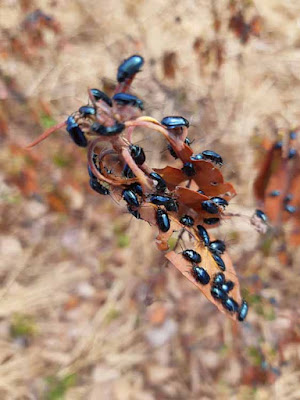 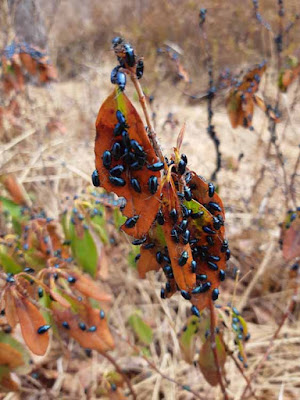