I mentioned in an earlier post that I will be hosting two exhibits during April and May 2021....well, it's really one exhibit that will be displayed in two locations at the same time. Different things in different places. Crazy me.

Anyway....as part of this whole project, I decided that I wanted to involve the community. So...I printed up some cards: 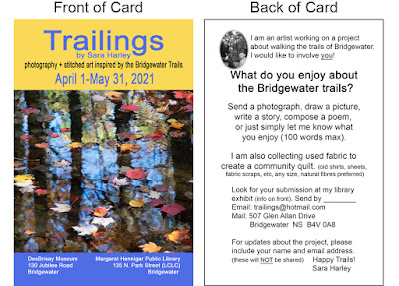 And I put them into containers: 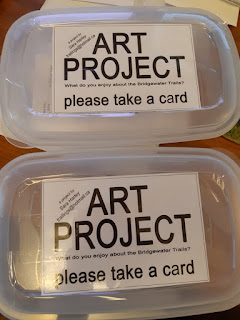 And I placed them in various locations around our town trails: 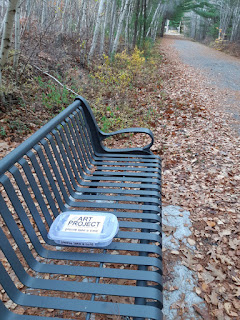 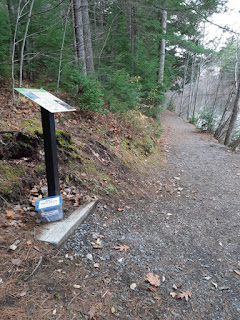 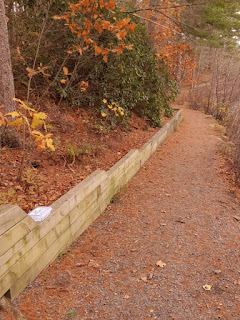 The cards have been in circulation for 9 days. So far, 180 cards have been put out. I have moved some of the bins to different locations, so I know that 60 cards have been taken from 2 of the bins. I'll be checking the other 2 bins on Friday. And...I have received emails from four people with photos and one poem. A pretty good start!

I was disheartened when I found 15 cards dumped in the woods (not included in the above totals). Why do people do things like that? Anyway, they must be good quality cards because they lasted a couple of days outdoors with no damage.

And...I have received one amazing email from someone who took a card. I'm not sure where it will lead, but I'll talk about that soon.