As I mentioned in a previous post, I'll be presenting an artist talk tonight at Open Show #41 at Pasadena Photography Arts. The topic is "This is a photograph because I say it is" and I'll be presenting with 3 other artists who create photo montages. I am thrilled to be included with such talented artists:  Diana Nicholette Jeon, Deborah Kaplan, and Roger Guetta. We all have very different styles, and it should be a very interesting talk.

In order to help with fundraising for Pasadena Photography Arts, we were asked to donate a print for them to raffle off to people who make a donation. Instead of a print, I decided to donate a magazine....a companion guide to my talk.

Ordinarily, I wouldn't go to all that effort as it takes quite a lot of time to put together a publication like this. However, I was working on one for my upcoming Haven exhibit (scheduled for May at the Chester Art Centre) so I just modified it slightly for this talk. Plus, I must confess, it's a great piece of shameless self promotion.

You can view the 32 page magazine online by clicking on the link below. Once you arrive on the page, just click on the cover to move through the magazine. If you click on the diagonal arrows at the top right, you'll be able to view the magazine full screen.

Hope you enjoy...if you have any feedback about the images, please let me know. At this point I haven't selected the final images for my exhibit....and I'm still creating new ones...so this is a work in progress. 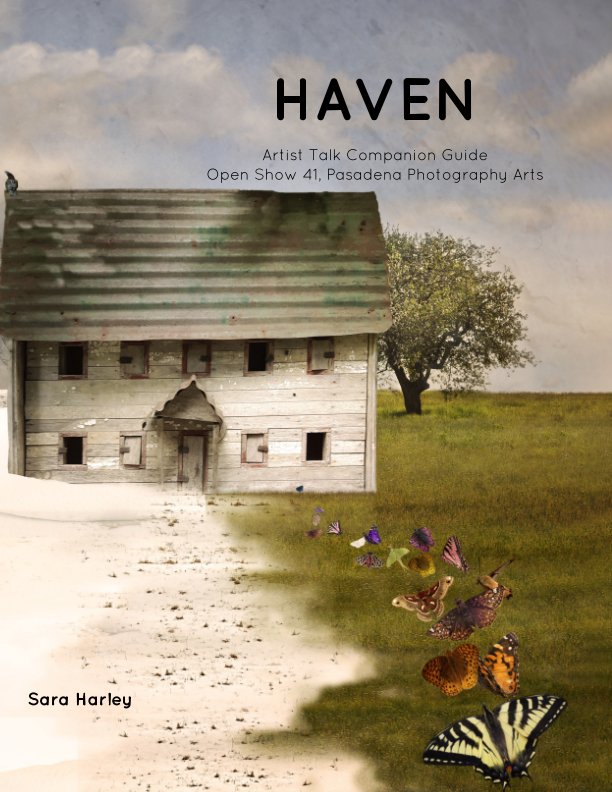 Open Show in Pasadena/East LA put out a call for artists to submit a 15-25 image portfolio. I was thrilled (and very nervous) to receive notice on Friday that I have been selected to talk about my work on February 22nd. I wish I could say I was flying to Pasadena for my talk, but it will be on zoom :)

One thing about the ongoing pandemic is that the world has opened up for showcasing your work. I have to say, although I will be nervous making the presentation, it will be much easier on zoom than in person.

The show is called This Is A Photograph Because I Say It Is, and there will be two other presenters as well (details below, click on the image to see it in larger format). If you'd like to register for the talk, click on this link. February 22nd, 9:30 pm AST, 8:30 pm EST, 5:30 pm PST. Tickets are $5 US.

Evolution of an idea

My image Resilience (created December 2021) was selected for the Planet Recovery Project exhibit by Labyrinth Gallery in the UK. The exhibit will be online for the next six months. Their set up is quite unique and looks like a real gallery tour. The online exhibit can be viewed at this link.

I always find it interesting to read or hear about how someone came up with their ideas, so here is a back story that I hope you'll enjoy.

I originally took photos of a clear cut piece of land in 2013. I found it devastating to see, and knew that someday I would try to create an image with a message.

My first attempt was created in 2016 and combined my image of the clear cut land with a photograph of a mill I took in 2013.

It was one of my first digital compilations. I combined the two photographs to create one "mirror" image. I rotated the photo of the mill, to make it look like a reflection and then converted the colour image to black and white. I called the final image Wounded.
Wounded (def'n): 1. An injury to an organism, especially one in which the skin or another external surface is torn, pierced, cut, or otherwise broken.  2. An injury to the feelings.

Last year I created a new compilation which was inspired by the untitled image by Jerry Uelsmann, featured on the cover of his book Uelsmann Untitled: A Retrospective.

My first take was this:

I decided that was too dark, so I changed the sky to a more hopeful one and also changed the image to square:

Then I took an online workshop with Maggie Taylor and my creative world expanded, so I re-worked the concept yet again and titled it In Our Hands:

I printed it and pinned it to my bulletin board. Then I started fretting that it was a bit dystopian. Was this image actually coming from me, or had I been too influenced by the original inspiration piece by Jerry Uelsmann?

A short time later I was browsing through a junk shop with a friend and spotted these: 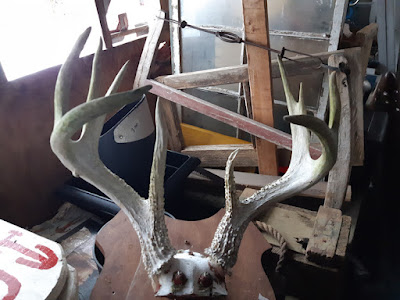 which lead to this:

Resilience was created from twelve different photographs and is part of the Haven Series that I'm working on. It's quite a different concept than my original image Wounded.

(Editing note: I seem to have different font colours in this post, but I have no idea how to fix it. Sorry!)